Alia’s Comments: I found this message through Aisha North very clarifying and holistic. The March 19th New Moon is being called a Supermoon, because of its proximity to Earth. It will eclipse the Sun totally in parts of the northern hemisphere, particularly, northern Europe and the UK. It occurs on the Equinox (first day of Spring or Autumn, depending on where you live.)

That’s a whole heck of a lot of major things happening in one day!

Do you think we won’t be affected? Apparently, this confluence of astrological influences is DESIGNED to affect each and every one of us to our cores.

So once again, our Star, our Sun is to be the harbinger of new energies for the purpose of our Humanity’s evolution. I found this statement particularly interesting:

“You see, as the Sun’s rays will seem to be lessened by the encroaching presence of the Moon, what will in effect happen, is that all of the energy that does not constitute the visual part of the sunlight will be greatly enhanced.”

In other words, the “message” will be transmitted and received whether or not you see the eclipse or sleep on through it. A grand upgrade is in process and here is Aisha’s “heads up” about it. Enjoy your day and look for my next post about “A Prayer for the Equinox.” (See Original Post.)

Aisha North
Messenger for the CCs

Once again you stand before a momentous occasion, one where you will benefit greatly from a coinciding of two celestial events. For this time, at the time of the year when the placement of the celestial body that you inhabit relative to your Sun’s seems to put everyone in a state of perceived balance, you will be visited by another event that will affect the impact the energies that these two simultaneous events will have, not just on you, but on all. You see, this upcoming instance of the Moon covering the entire width of your Sun will have a profound effect on all, as it will greatly enhance the amount of beneficial energetic missives that will be able to penetrate all the way into your system.

Again our words may seem to be unduly convoluted, but what we are trying to convey to you all is this; it is not by accident that this upcoming solar obscuration will coincide with the date that you call the Equinox. For on this day of perceived balance, the Moon’s obscuration of the Sun’s disc will serve to ignite quite a few energetic connectors within you all, connectors which have been lying dormant waiting for just this moment to arrive. Again, this will not be news to any of you. After all, what is this journey if not a seemingly endless succession of such ignitions and activations? But this time, it will be a series of events that in turn will serve to put everything into a very new perspective indeed – and yes, we do mean that in every sense of the word.

You see, as the Sun’s rays will seem to be lessened by the encroaching presence of the Moon, what will in effect happen, is that all of the energy that does not constitute the visual part of the sunlight will be greatly enhanced. This may sound counter intuitive in many ways, but this is indeed what will happen. For as you are perhaps aware of already, what comes your way by way of the Sun does not necessarily originate there. Rather, it comes through the Sun, and so in this instance, it would be more fitting to think of the Sun as a portal for added enlightenment rather than as a singular specimen of celestial matter defined by its outer limits and its placement in the fabric of space. For the Sun is a multi-dimensional receptacle for all sorts of energetic transmissions, and as such, during that phase when the self-generated energy of the Sun herself will be dimmed out by the helpful intervention of the Moon, all of these other and more remotely engendered missives of energetically enhanced information will be able to come through much more efficiently, rather like the clear sound of a bell will be easier to perceive once all of the background noise has been brought down to a minimum.

So too will it be during that period of hush that will be generated during the time of the solar eclipse, and even if this blocking out of the light will only be visible from a small part of your globe, the effect this will have will indeed be a global one. Nor will it be confined to the period of the obscuration itself. Rather, that can be seen as the period of the actual inception, and so, all of the beneficial effects this advanced acceleration will have on you may not be immediately noticeable by all, but we do venture to guess that you will all in some ways feel the effects these two closely interlocked events will have on your physical system. Again, any discomfort will only be temporary, as by now, your physical vehicles are well up to par on every criteria. But as always, the perception you will have of this may differ, as the outer layers of your being may still be more perceptive to disturbances than that by now rock solid core of yours.

So again we say know that all is well even if the incoming swells will be more than enough to knock quite a few of you off your feet for shorter or longer periods of time, so just allow yourself to be taken to a point of utter stillness at times. And remember, even though your physical vehicle is indeed an extremely resilient one, it still needs all the support you can give it during these extra strenuous times, so make sure to listen well to any suggestions it may have as to what you can do to assist it, whether that be in the way of dietary needs, physical exertion or lack thereof.

So once again we say stay centered, and stay calm, but stay alert to the needs of your body, because that is the best way to ride these swells that you all have ahead of you. And again, remember that no matter how high the waves may become, they can never disturb the total equilibrium that is always there within you, under the seemingly endless undulations of the more shallow parts of you that constitutes merely the uppermost crust of what is in fact a resonant, compliable and indestructible crucible that is you in all of your glory. So fret not, even if you at times will feel almost reduced to the faintest whisper of who you really are, for now, you will all soon find back to that mighty voice that IS you, and soon, you will all find out just how it is you will be called to let it all out, in the mightiest, most magnificent of roars that will serve to awaken All. 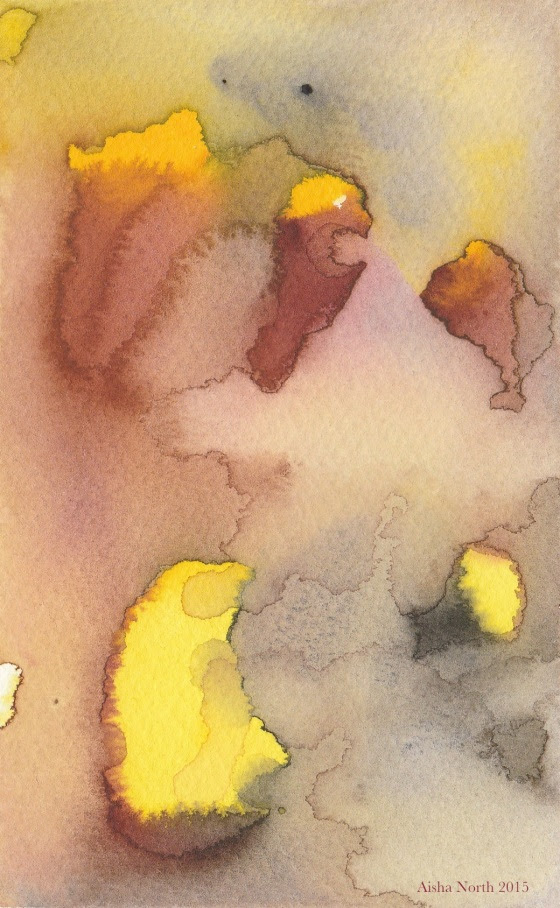