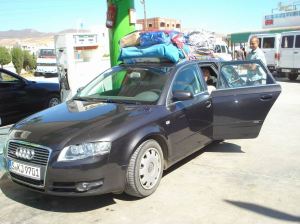 Tomas and I have a track record of settling into a new living space in about a week’s time and this move has been no exception. But rather than bore you with wordy descriptions, I thought I’d make use of the photo journal, as recorded from the perspective of our third bedroom, AKA the “Catch-All Room.

When we arrived in Chefchaouen on Sunday afternoon, September 14th, I gave the following set of instructions to the four guys who gallantly unloaded Johannes’ car and carried our stuff a couple of hundred yards uphill on very uneven terrain: “Unless it is FOOD — please put everything in the Catch-All room.”  Very quickly, the car was empty and our third bedroom was filled with everything we’d brought from Aouchtam.

Here’s the story of our domestic nesting, as told by the Catch-All Room.

Empty Third Bedroom Ready to Catch All Our Stuff 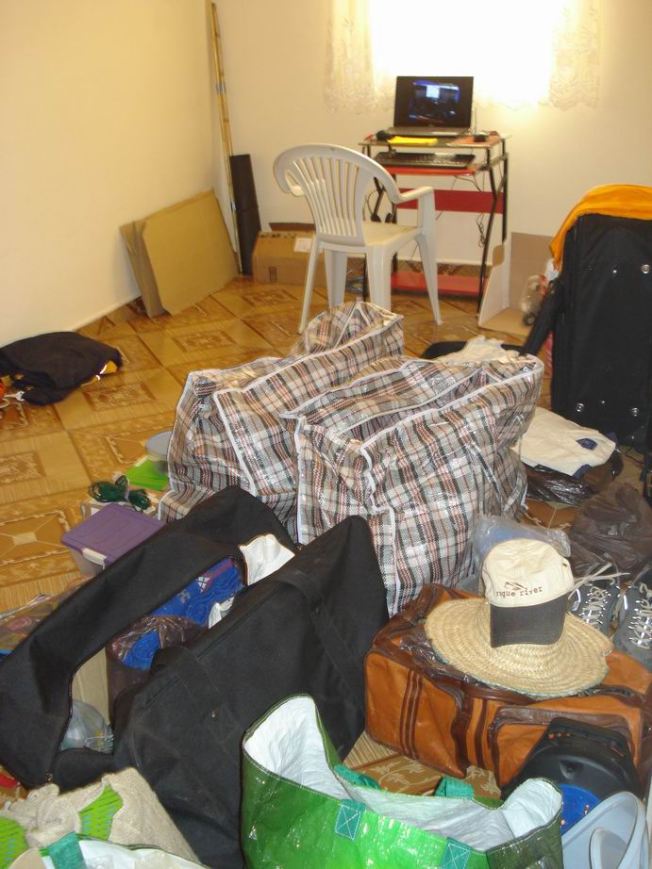 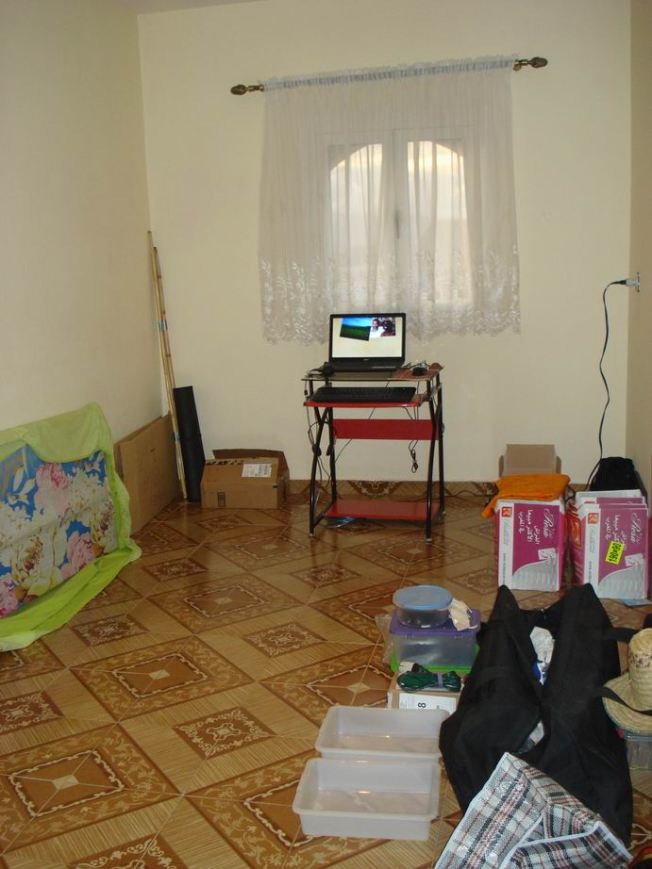 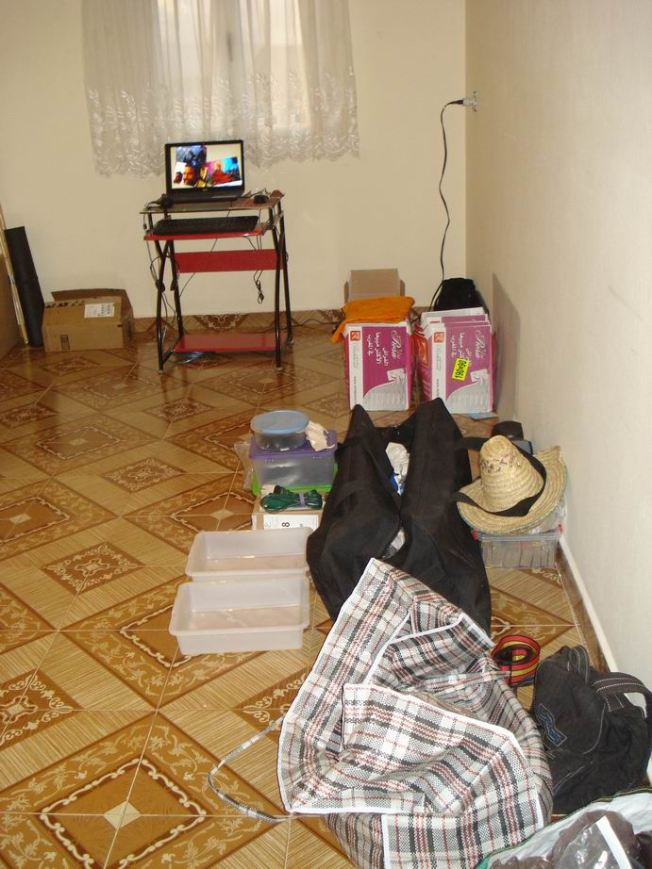 Friday, September 19th — Down to the Bags of Cardboard and Plastic Wrappers and a Few Office and Altar Things

So now the question: Where did everything GO?

Some of it “disappeared” into plain sight.

Things to Keep Handy in the Kitchen

Some of it went into the two former clothing wardrobes we bought for our closet-less apartment in Aouchtam. 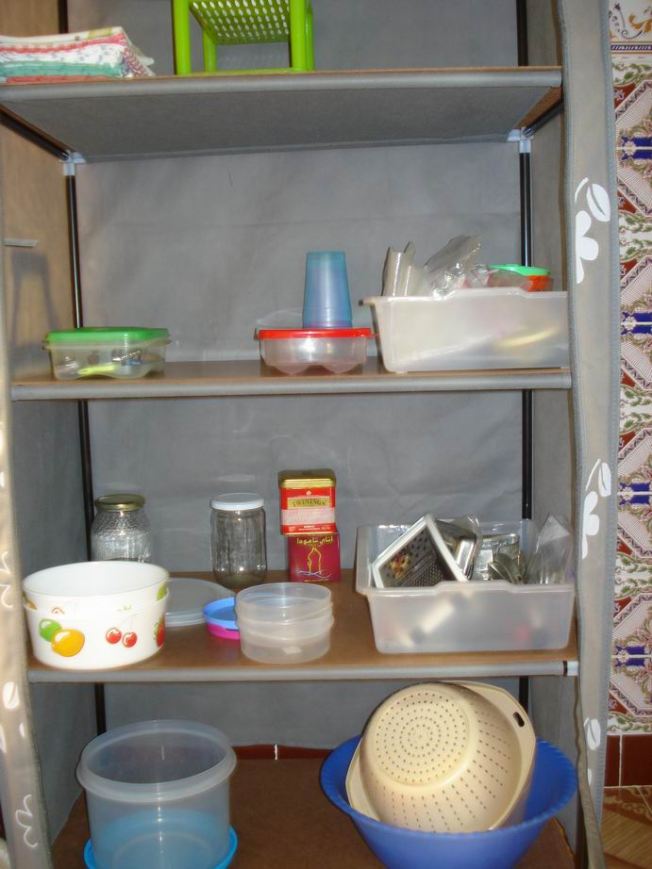 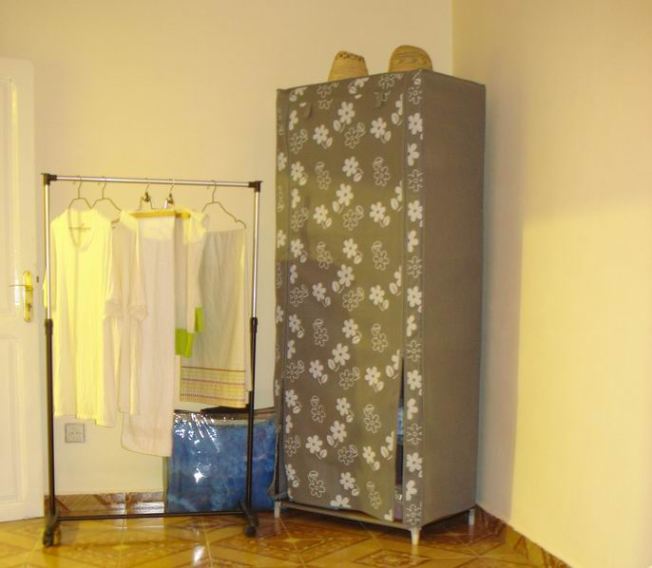 Our clothes mostly went into the six-foot armoire (that we borrowed from the guest room) with luggage stored on top undercover. 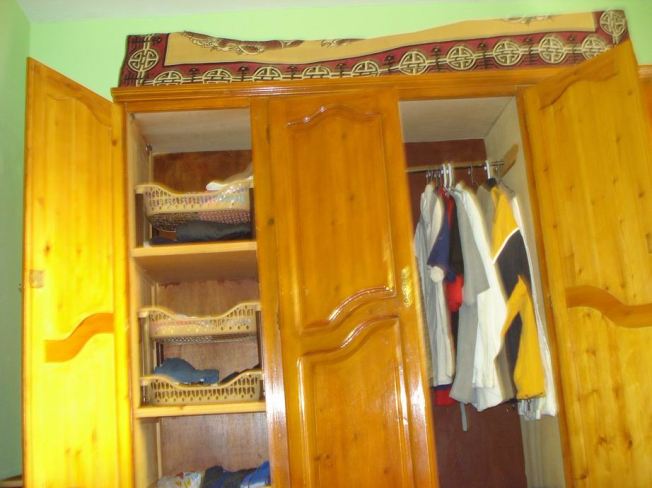 Yes, those are “Vegetable Bins” as Shelf Dividers

We don’t watch TV, so Fatna took the flat screen to her place and left the entertainment cabinet which both Tomas and I recognized as a potential focal point for meditation practice and accoutrements.

We sneaked in some office supplies down on the bottom.

With a couple of added plastic drawers for those computer gadgets and guest accommodations, we’ve transformed the Catch-All Room into a fully functional Multi-Purpose Room in only eight days.

Two more pieces for this room coming soon: A single bed with a real mattress (also for meditation comfort) and a carpet for the central floor area to keep the room warmer in the winter.

6 thoughts on “The Tale of the “Catch-All” Room” 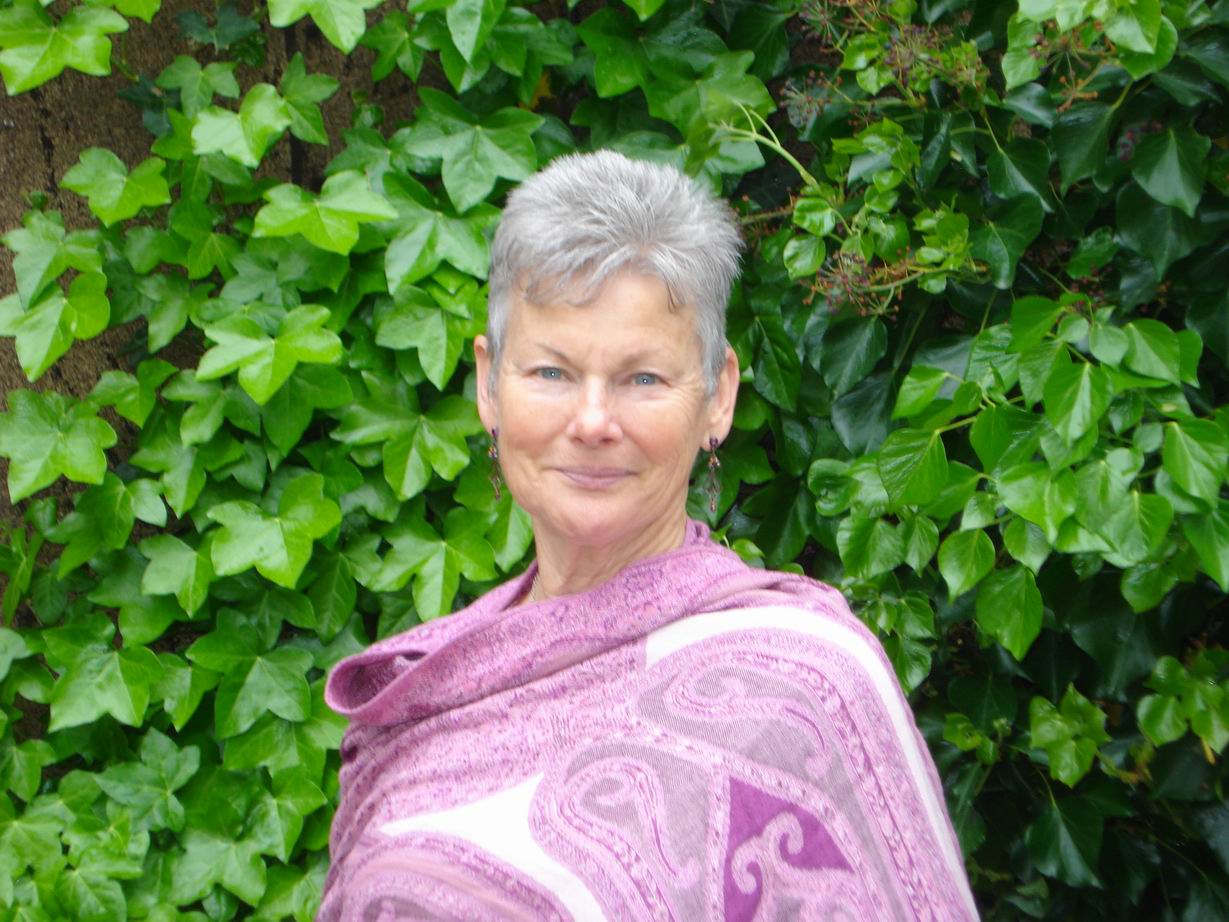