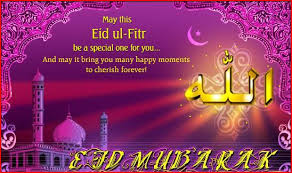 In the days and weeks leading up to Ramadan many intriguing statements were made by people around us – Muslims and non-Muslims alike. Statements such as:

1) When Ramadan starts, business comes to a stop. No one wants to work while fasting all day.

2) If you have to do any banking, or go to the Post Office – you’d better get there early; they’re closed by 2 PM.

4) There’s no place to eat out during Ramadan – the restaurants all close.

5) Better get your wine and beer now – Marjane won’t be selling any alcohol during Ramadan.

And perhaps the most intriguing statement: The price of lemons will go way up during Ramadan.

Tomas and I took in these statements, stored them for future reference and waited to see just how this Ramadan phenomenon would play itself out in actuality. Here’s what it was like for us THIS YEAR.

The first thing that happened is that the time changed to Ramadan Time. No kidding. We’d just gotten onto Western European Summer Time and now for the month of Ramadan, we set the clocks back one hour so that people did not have to wait until 9PM to break their fasting. I know what you’re thinking – they just have to get up earlier on the other end but believe me, waiting until almost eight o’clock each night was long enough. We’ll be heading back into WEST on Saturday, August 2.

1) Some businesses do close – especially food service businesses. It’s a great time for the owners and their staff to take time off and be with family during this holy month. Being with family during Ramadan is a top priority for many Muslims. And some people prefer to keep working, saying that activity keeps their minds off of the discomforts of fasting.

We noticed that most construction projects did shut down during this time of fasting and heat (the temperatures reached into the 90s here during July.) It would be courting physical breakdown for workers to do hard physical labor under such conditions. Emergencies (such as a broken water main in downtown Oued Laou) were handled as needed. Urgent matters (such as the need to dig a well deeper because it had gone dry) were done at night, after the day’s heat had passed and some food and water had been taken. This kind of work went on but at a slower pace than usual.

2) Banks and Post Offices did close early. Other businesses had shortened hours of operation. It was tricky trying to plan a shopping trip that included both the businesses that opened in the mid to late afternoon and those that closed about that same time.

3) As I mentioned in an earlier post, napping during the day is a common practice for Muslims during Ramadan. While I was fasting, I found it especially challenging in the late afternoon to deal with hunger, thirst and irritability. Napping was a great solution and solace at those times. Tomas and I noticed that this was the time of day that people tended to get impatient and short tempered. From about 5PM until Fitr (between 7:30 and 8 PM) we tried not to take a taxi or call our property manager with any kind of problem or request. But generally, we found that people were supporting one another to remain calm and even tempered, reminding their friends and family members that “We’re all going through this together and soon we’ll be able to break our fast for today.”

4) Our favorite restaurant in Oued Laou was one of those that closed completely during Ramadan. Other restaurants opened just before Fitr and a very few places did serve food earlier for non-Muslims. We only dined out twice during Ramadan and regretted both experiences. We felt it “separated” us and that feeling was not pleasant. “They” were most accommodating and accepting of our behavior but we suddenly found ourselves feeling like “tourists,” a feeling that we didn’t notice until we began to eat in front of people who were abstaining. What we discovered to be much more fun than dining out was to purchase pastries and savories that are sold especially during Ramadan and take them home to enjoy later.

5) Whoops – we missed the last call for wine before Ramadan, so we went without. I had just about lost my taste for wine anyway and Tomas only missed it psychologically and really only the first week. It will be interesting to see if that item makes it into our shopping basket on our next trip through Marjane.

And as for the price of lemons – well, we never knew what we were paying before Ramadan, so that rumor was unverifiable.

In Morocco Ramadan officially ended Monday, July 28th with the sighting of the new moon in the next month of Shawwal. So today, July 29th is the first day of Eid ul Fitr, the Festival of Breaking the Fast, which will be the topic of my final Ramadan post.

Already, we sense the relief in the Muslim community that this month of cleansing and purification is complete. There is also a sense of fulfillment in having stayed the course of this very demanding undertaking. Well done, my Moroccan friends and neighbors! Let the Festival begin!